Why is Pancreatic Cancer so Deadly? 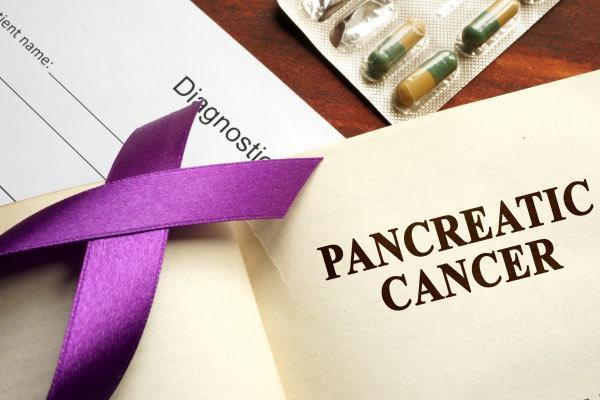 Pancreatic Cancer Awareness month began with somber and sobering news as America’s beloved game show host, Alex Trebek, lost his fight with Pancreatic Cancer. The statistics regarding Pancreatic Cancer are downright frightening, as only 5 to 10 percent of the 58,000 people diagnosed with the disease this year will live past 5 years. With such a high mortality rate, it is important for men and women to educate themselves and also to raise awareness of the perils of this aggressive disease before it’s too late.

What Does The Pancreas Do?

The pancreas is an essential organ that is about 6 inches long and rests in the middle of your abdomen. It serves two important functions that ultimately impact the entire body. First, the pancreas helps produce enzymes that aid in the digestion of the foods that we eat. This is called the exocrine function. Second, the pancreas produces hormones, like insulin, that help regulate blood sugar levels. This is called the endocrine function. A healthy pancreas is vital to the proper functioning of several other key organs, including the brain and liver.

Are There Different Types of Pancreatic Cancer?

Exocrine Tumors: Over 90% of all cancers diagnosed in the pancreas are adenocarcinomas, or exocrine tumors. They usually form in the exocrine cells that are located in the pancreas ducts and carry digestive enzymes out of the pancreas. Due to a mutation in the cell’s DNA, these cells grow out of control and form an aggressive malignant tumor that impacts both the functions of the pancreas and the organs that depend on it to properly function themselves.

An adenocarcinoma can also be found in several other types of cancer, including lung, colon, esophageal, prostate, and breast, as they form in glands that secrete fluids.

Neuroendocrine Tumors: This type of cancer is much less common than exocrine tumors and generally has a better prognosis. While the exocrine cells make up the majority of the pancreas, the endocrine cells serve an important function as well. They produce vital hormones like insulin and glucagon, ultimately releasing them straight into the blood. Tumors produced from endocrine cells are also called islet cell tumors as they tend to be found in small clusters in the pancreas.

What are the Early Warning Signs of Pancreatic Cancer?

Unfortunately, early warning signs are rarely seen or noticed in regards to Pancreatic Cancer. The symptoms don’t often present themselves until the cancer is further along into the 3rd and even 4th stages. Some patients experience and notice symptoms earlier on in the disease, but the common nature of these symptoms indicates a different, more common type of ailment to them. Some of these symptoms include:

Other, more serious symptoms include:

There is currently no recommended screening for average risk people for Pancreatic Cancer, making this disease an even more difficult task to identify and treat before it is too late.  There are some screening options for high risk individuals (people with multiple family members with pancreas cancer and some genetic conditions including BRCA-2 mutation).

How is Pancreatic Cancer Diagnosed?

If there is no screening yet, how is Pancreatic Cancer diagnosed? Well, after presenting your symptoms to a professional at GI Associates, if there is a concern of pancreatic cancer, several tests may be considered.

Once a diagnosis is made, cancer treatment will depend on each individual. Some forms of cancer treatment are surgery, medication, chemotherapy, and radiation therapy. Always alert your doctor if you have new symptoms that persist. While you don’t want to assume all symptoms could be cancer, it’s important to stay in tune with your body so you know what’s normal for you and what is not.

If you have questions about pancreatic cancer or have experienced a prolonged period of time with any of the symptoms listed above, schedule a visit with a professional today. Don’t delay, as this is one disease where consistent checkups, early and often, could save your life.